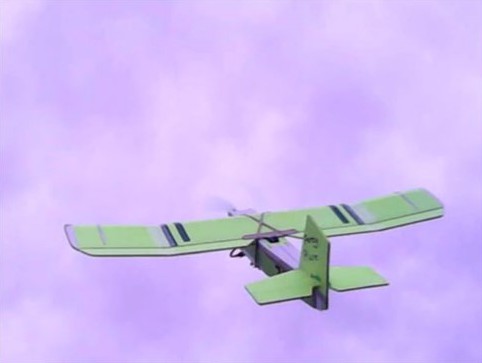 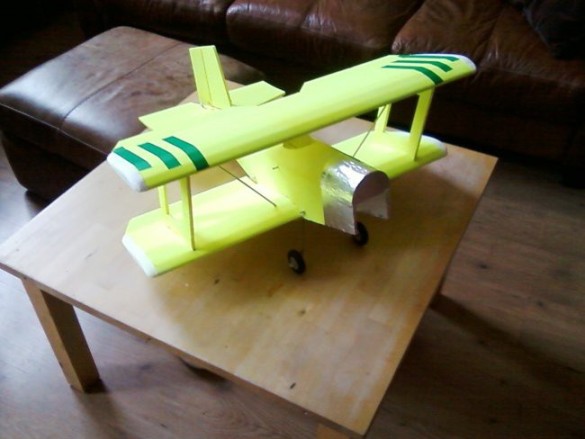 Yes, this is a rebuild of my Baby Blender. I had a bad belly–flop crash and the top wing managed to push the bottom wing down, folding and breaking it where the wing was cut to inset it into the fuselage.

At the time I was having trouble with signal brown–outs and motor reliability so I went off the idea of rebuilding the Baby Blender. However when I began to think about an FPV platform I couldn't help noticing I still had some nice lengths of 'ready–folded' wing and a pre–formed fuselage and tail assembly… 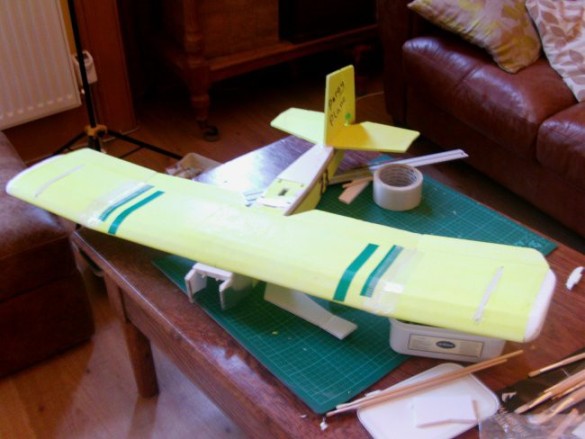 This is what I came up with – I used the ends of the bottom wing as dihedral elements and grafted them on to the top wing – this gave me the ailerons on the outer end of the wing and also dihedral for a nice steady platform for FPV. The wingspan is 1m. From the outset I added about 80grams of ballast on the nose to allow for the later addition of FPV gear.

Here's the plane in flight;

…and a later video with flight stabilisation added.

As you can see the plane is flying quite well. This plane is now a great 4 channel trainer.